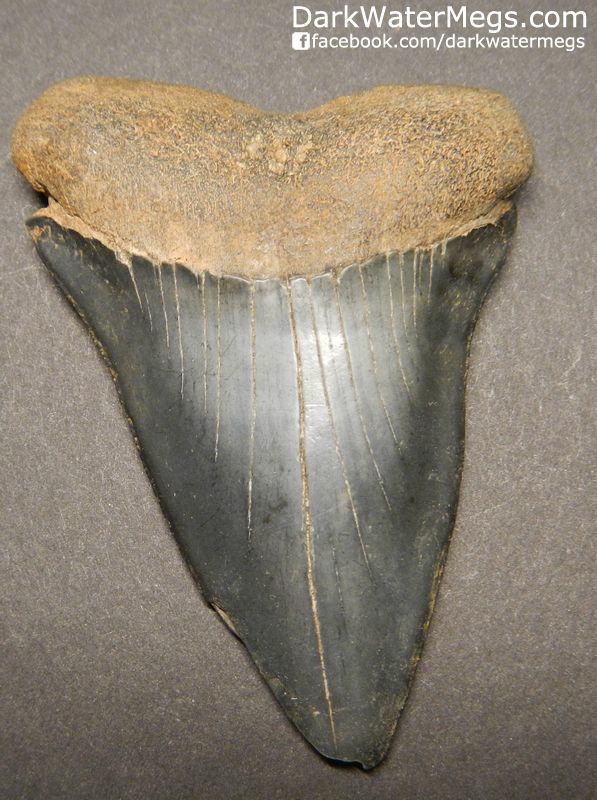 This is a 2.75" fossilized mako shark tooth.It has a light brown root and nice silver/grey enamel.