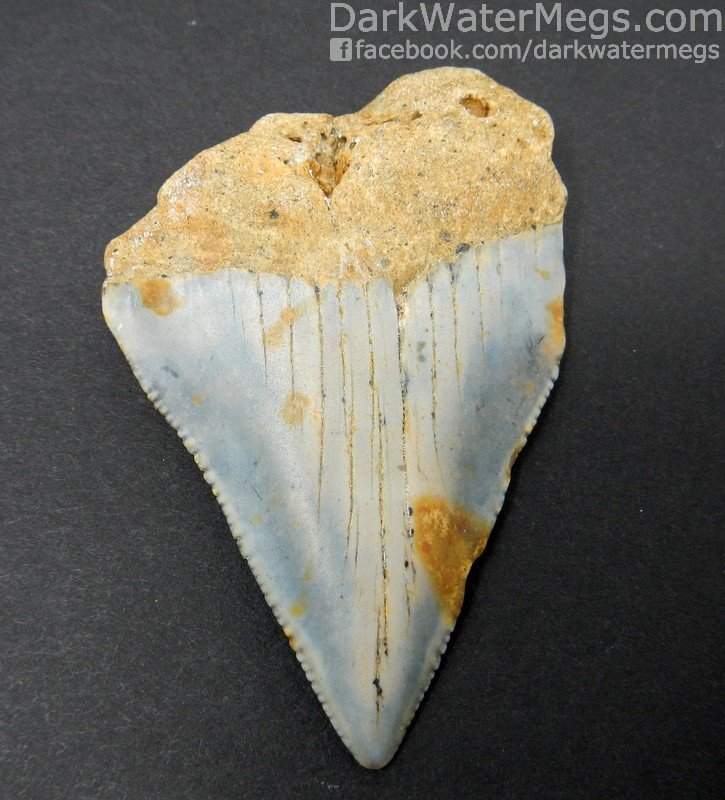 This fossilized great white tooth is extremely large for the species and has a unique shape that brings the blade to a defined point.