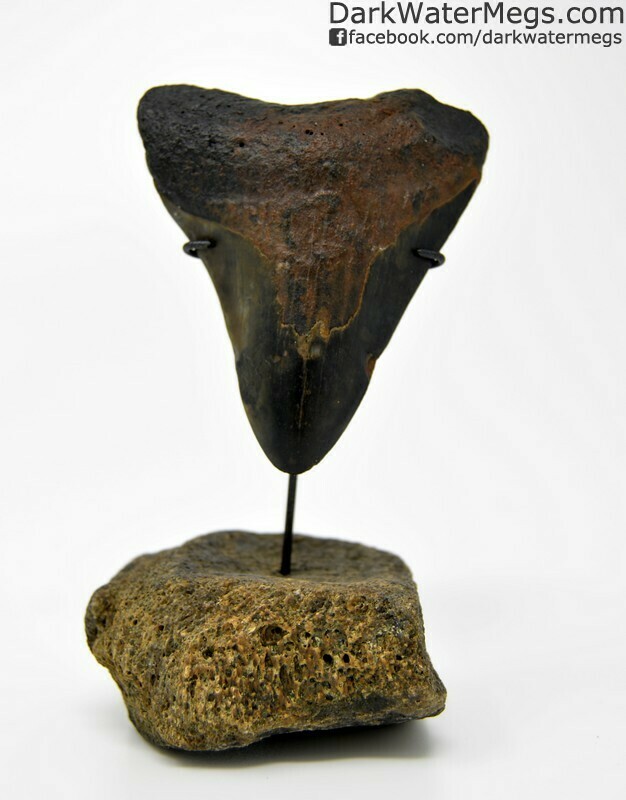 This dark black and red-orange megalodon displays nicely on top of the small fossil vertebra stand, likely from a prehistoric small whale or dolphin, or perhaps a dugong. Predator and prey reunited after millions of years of fossilization. The stand is included with the tooth.

Megalodon Tooth For Sale at DarkWaterMegs.com


The two videos below show me finding and recovering Megalodon teeth while scuba diving in a dark water river in the Southeast United States. The teeth in the video are not the one above that is for sale but I posted the videos here to give you an idea of how teeth can be recovered if everything goes perfectly.