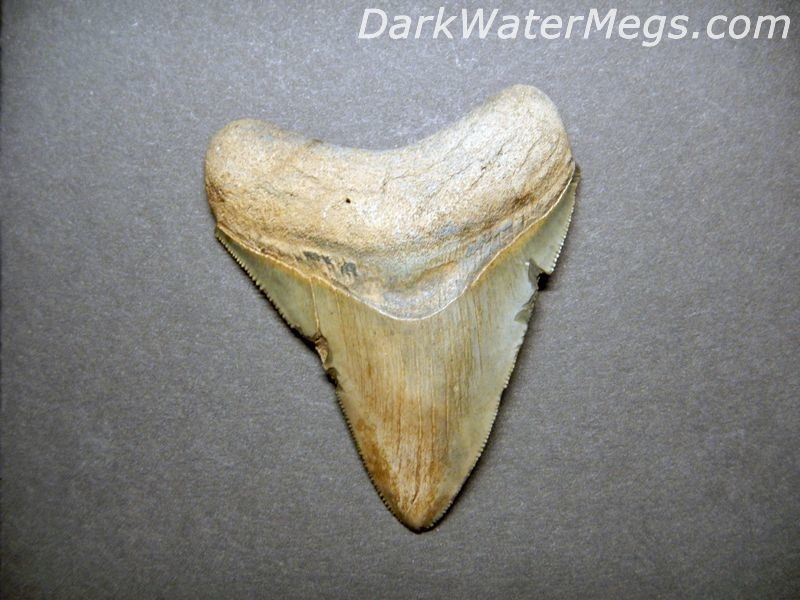 This megalodon tooth has a nice mix of colors and some great bite marks on the blade. Hard to believe it was once in the mouth of the world's greatest predator, the mgalodon shark.