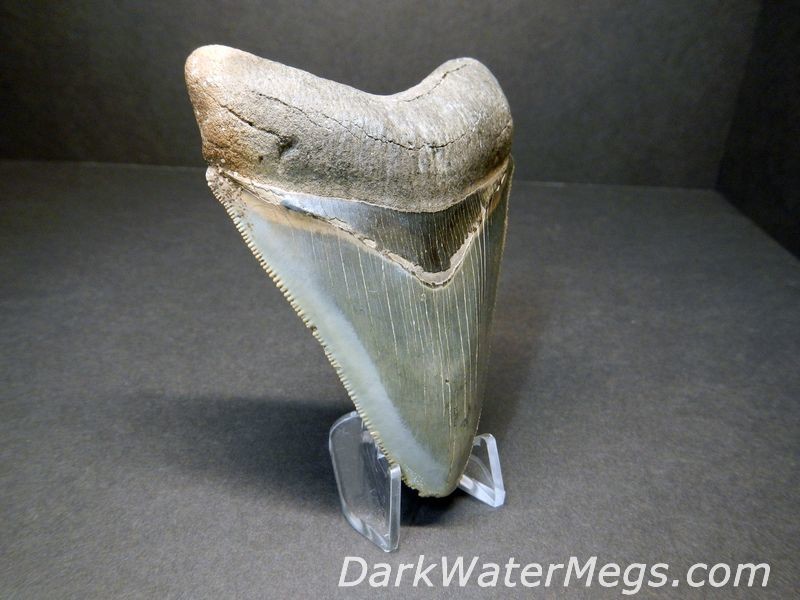 This tooth is from the ancient predator shark megalodon. This particular tooth has shades of blue and grey not commonly found in shark teeth.