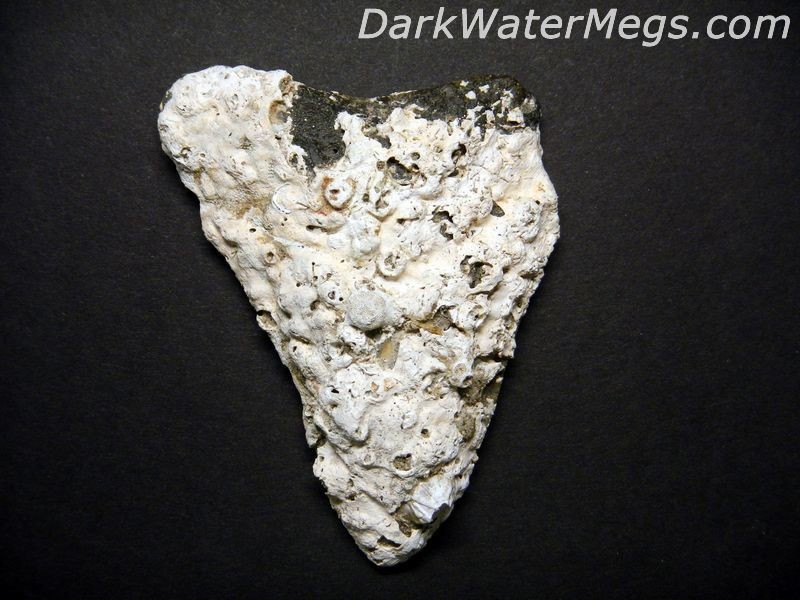 This megalodon tooth was found with barnacles and other calcium based growth on one side, leave it as-is or clean it, your choice.