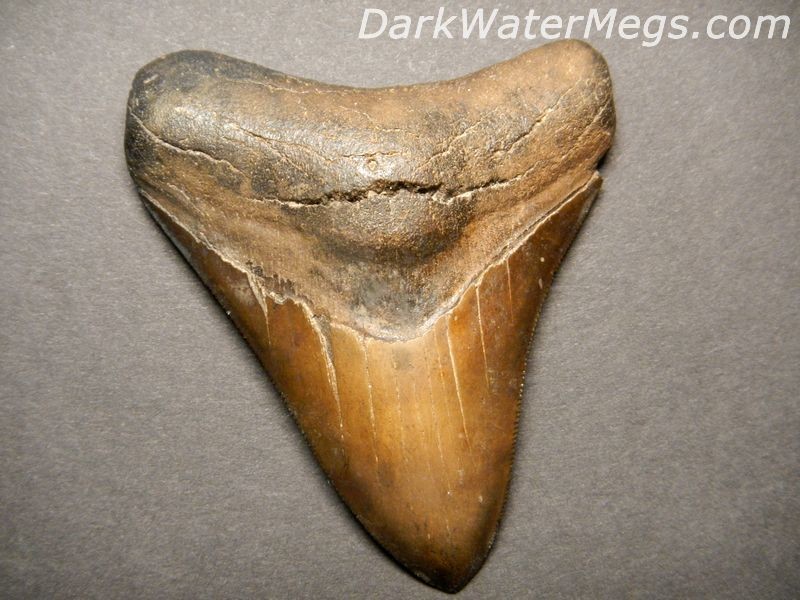 The browns and reds of this tooth are really amazing to see, great overall shape, nice serrations, hard to beat. Hard to believe it was once in the mouth of the world's greatest predator, the mgalodon shark.