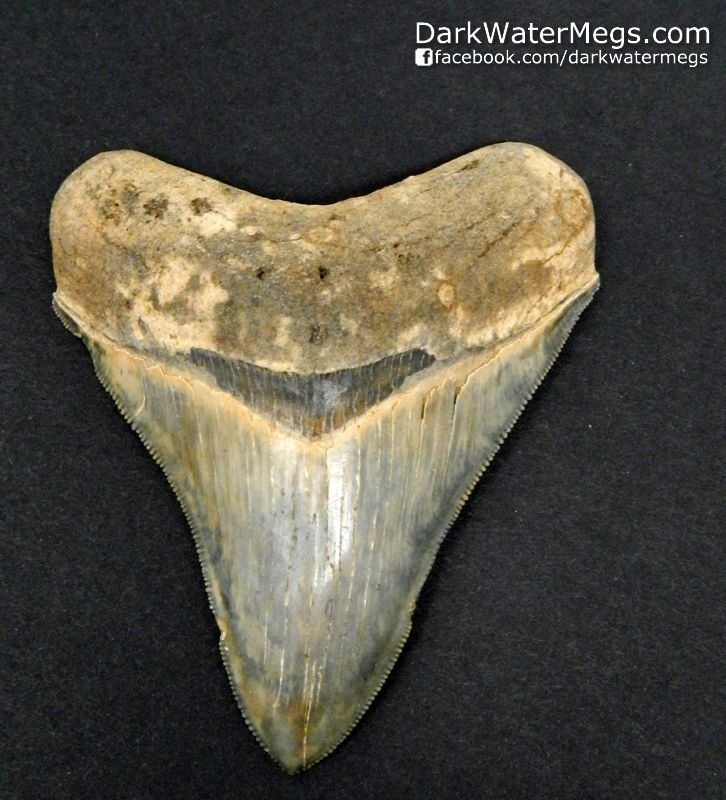 This unique megalodon tooth has shades of blue in the blade and has several different colors throughout the tooth.