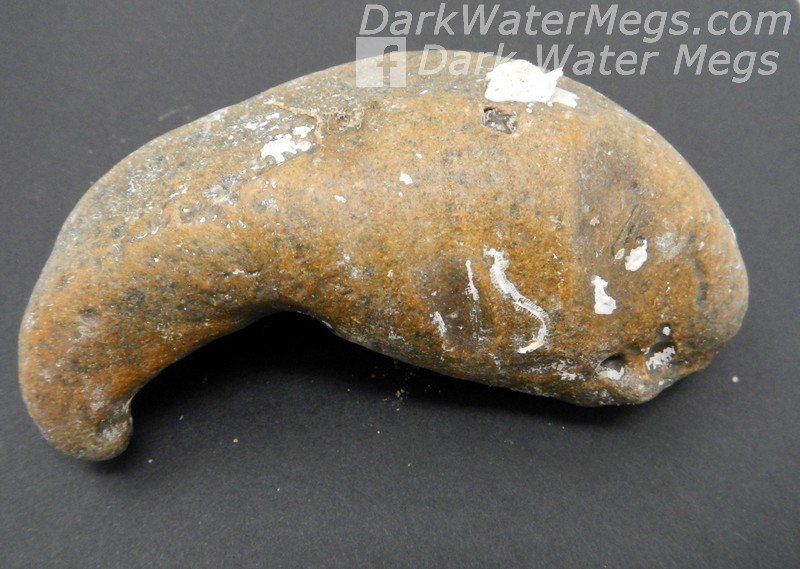 This whale inner ear bone is very dense and heavy and has a nice orange color.