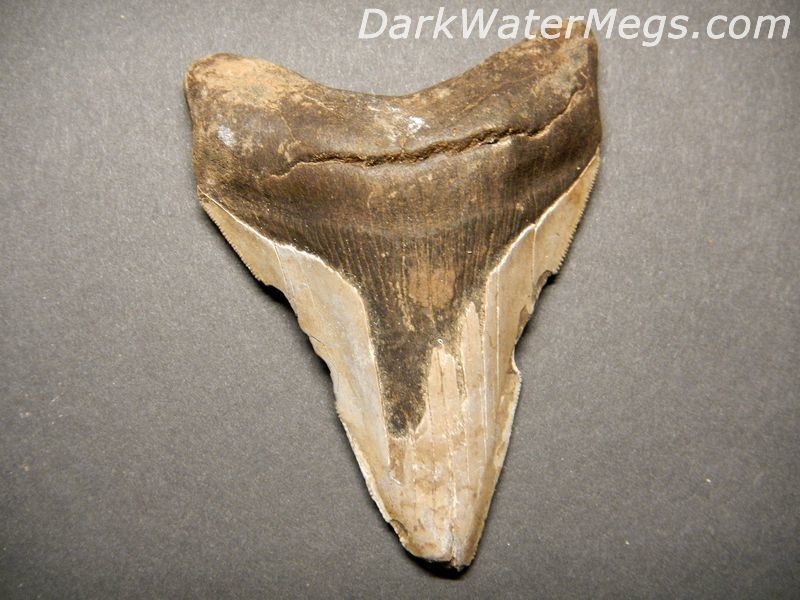 This megalodon tooth has serrations and dark brown colors, it has a compression fracture at the tip that was likely cause by hitting the bone of a prey animal. It was once in the mouth of the world's greatest predator, the megalodon shark.