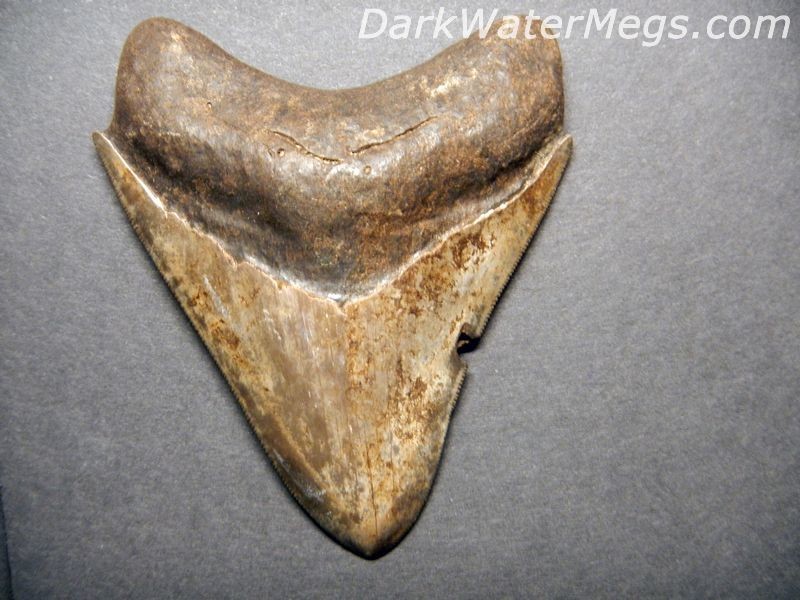 This is a good sized megalodon tooth with a distinctive feed mark on one side. Hard to believe it was once in the mouth of the world's greatest predator, the mgalodon shark.