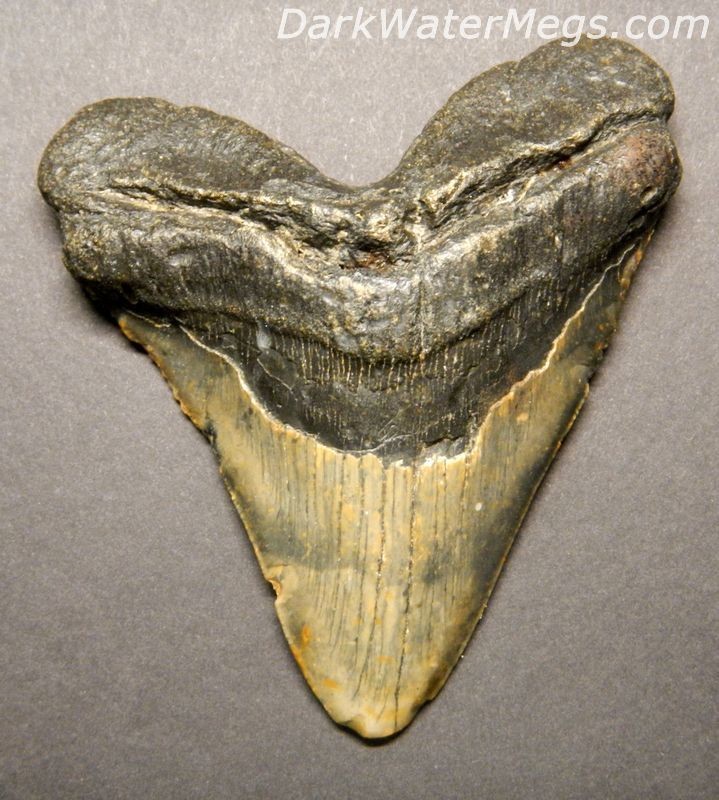 This megalodon has a nice wide stance and large root. It was once in the mouth of the world's greatest predator, the megalodon shark.