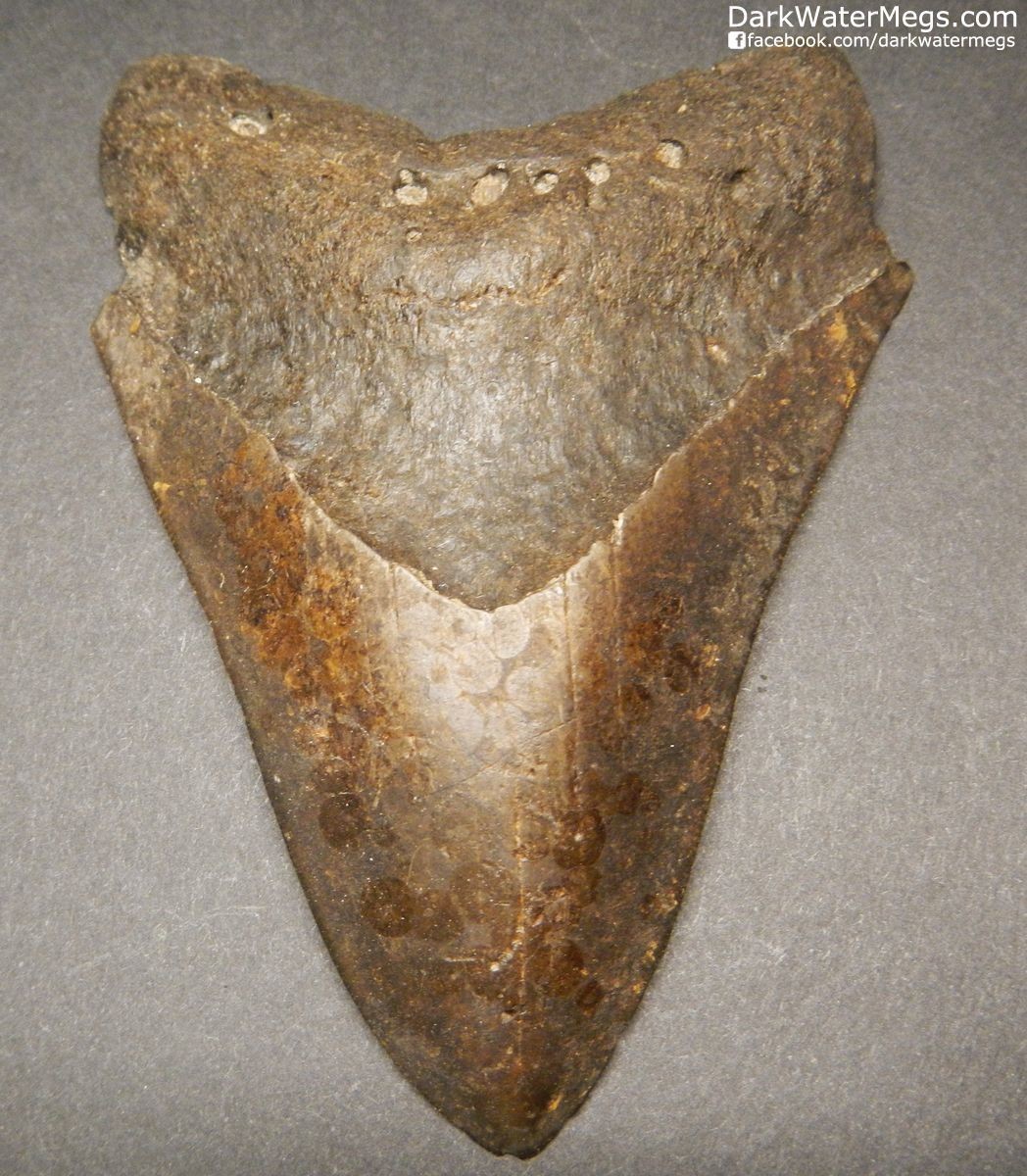 Dark brown megalodon that measures in at 4.31" found in a darkwater river in the southeast united states.