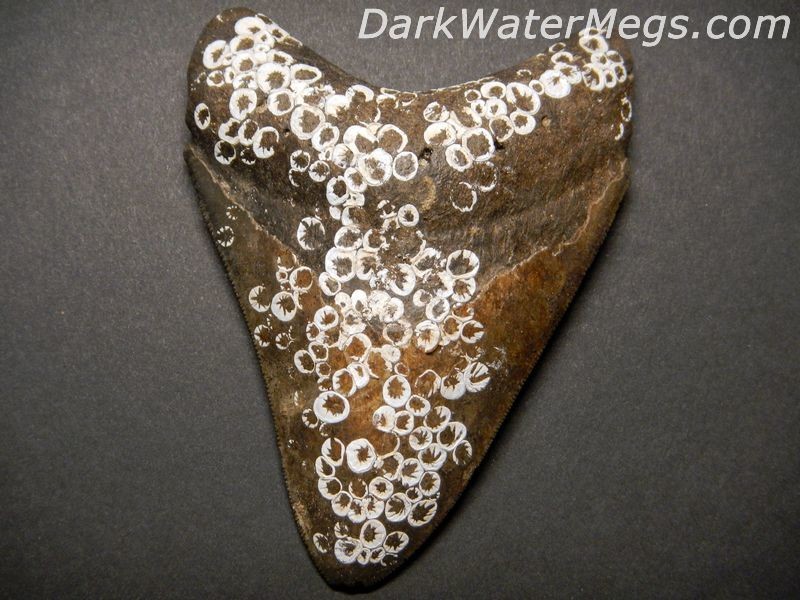 This dark brown megalodon still has the barnacles on it from the river it was found in, clean it or leave it as-is, the choice is yours. It was once in the mouth of the world's greatest predator, the megalodon shark.