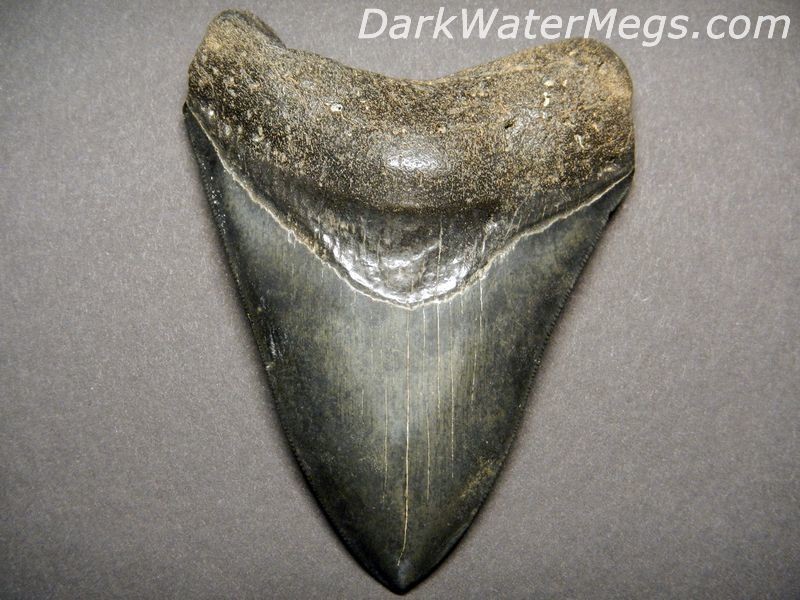 Most megalodon teeth are black and grey, this tooth has strikeing jet black enamel, serrations and great overall condition. At 4.5 inches this is an impressive tooth.