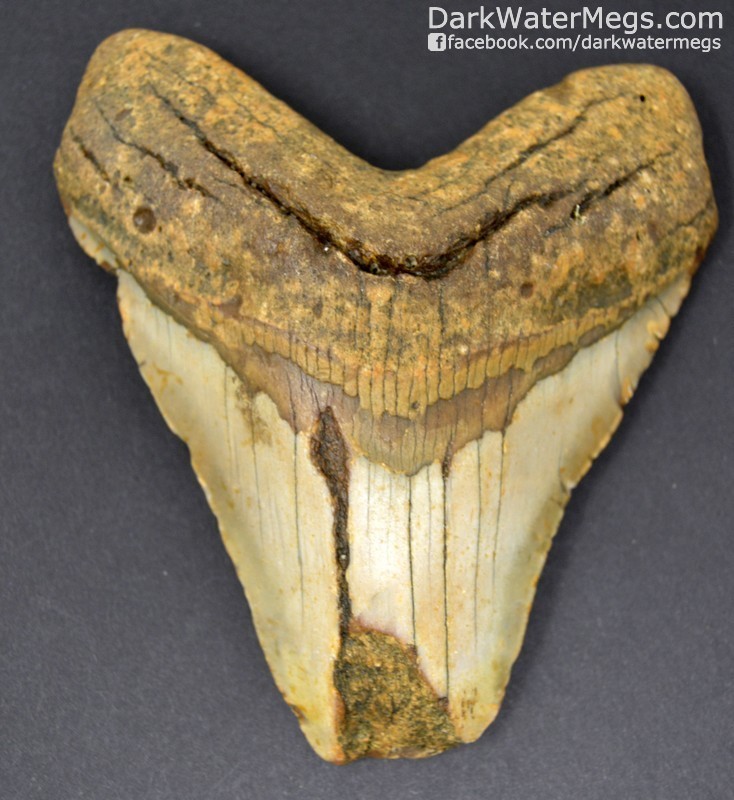 This tooth appears to have a compression fracture most likely caused by the megalodon biting down on something hard such as a whale bone.

Megalodon Tooth For Sale at DarkWaterMegs.com


The two videos below show me finding and recovering Megalodon teeth while scuba diving in a dark water river in the Southeast United States. The teeth in the video are not the one above that is for sale but I posted the videos here to give you an idea of how teeth can be recovered if everything goes perfectly.