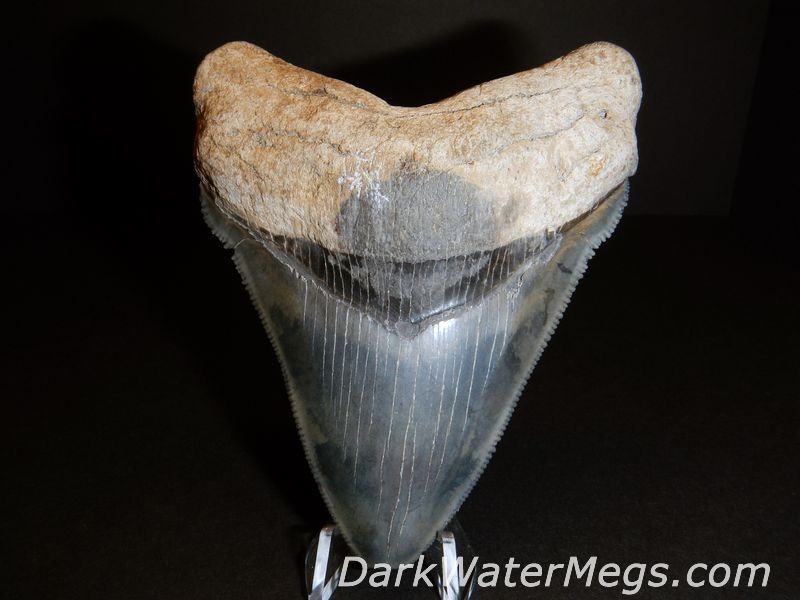 This beautiful 4" multicolored tooth was pulled out of a dark water river by myself, it was lightly cleaned and as with all my teeth is unrestored. Very shiny multicolored enamel on this tooth.
Slant Height 4"