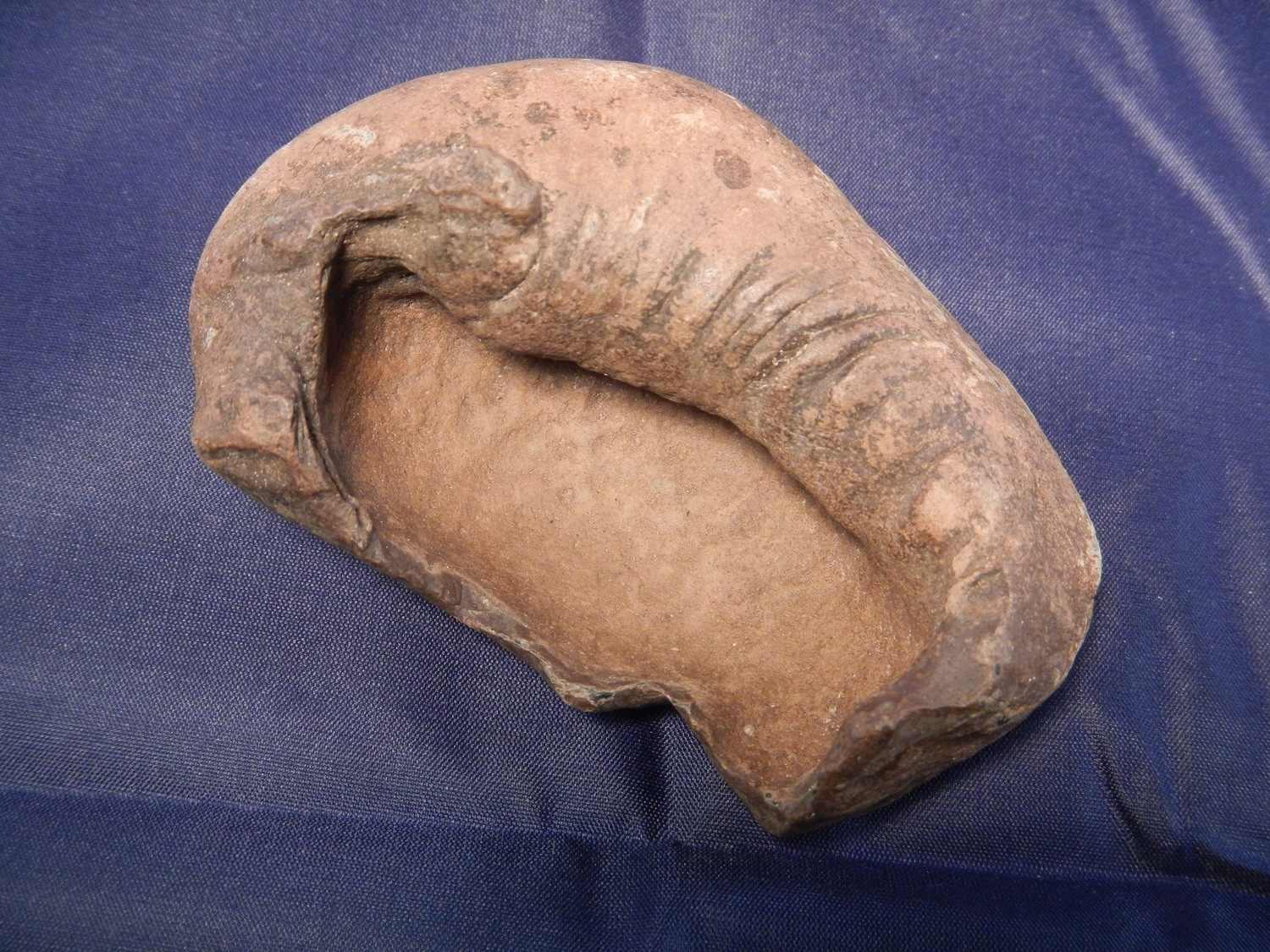 This is a large whale inner ear bone from an ancient whale, one of the favorite foods of the megalodon shark.

This particular inner ear bone is in very good condition, it has far more of the outter wrap than usual, it is also a large one coming it at over 4"