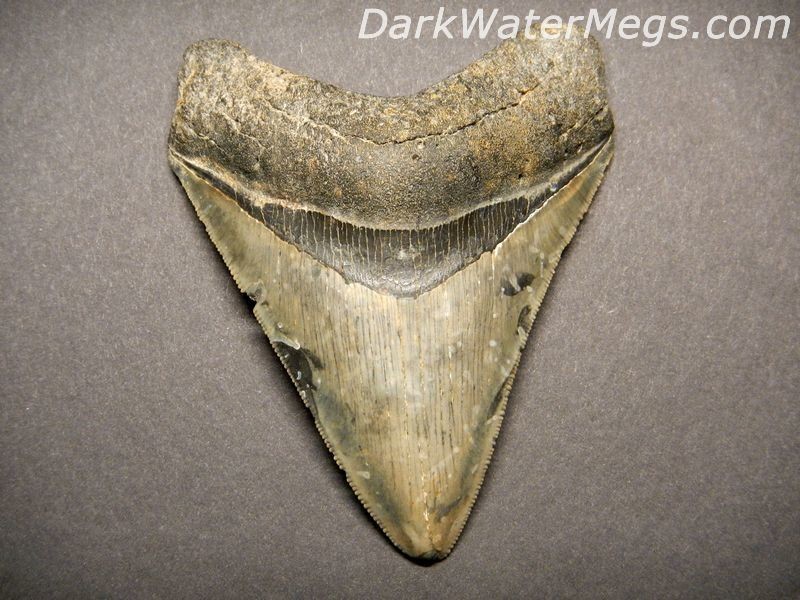 A very nice megalodon tooth with great shart serrations. This tooth like all teeth I sell have zero repair or restoration and you can still see the waterspots on this tooth if you look closely.
4" slant height.