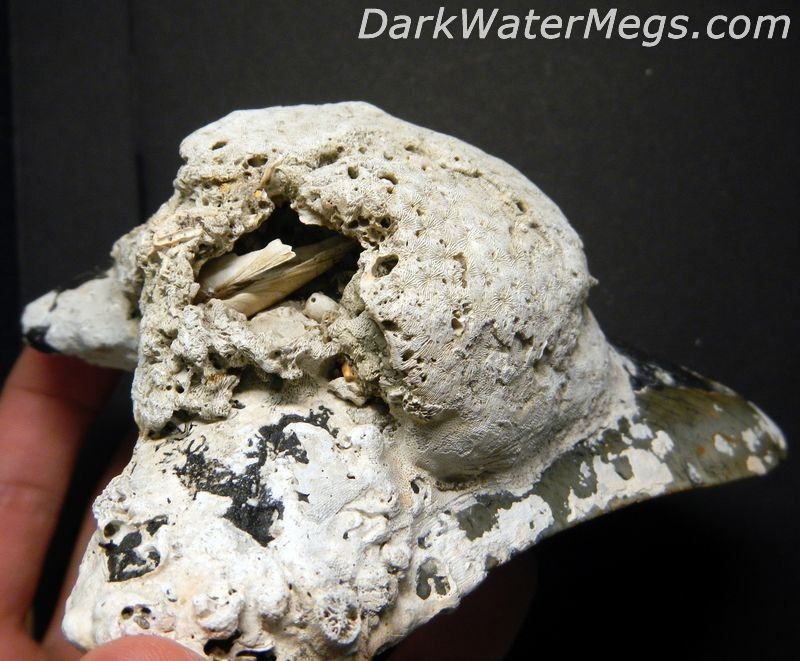 This megalodon tooth was found with a giant coral/barnacle/calcium based groth on one side, leave it as-is or clean it, your choice.  The barnacle is really large and has shells mixed in with it, it makes the vertical height of this tooth over 2 inches when the tooth is placed flat side down.