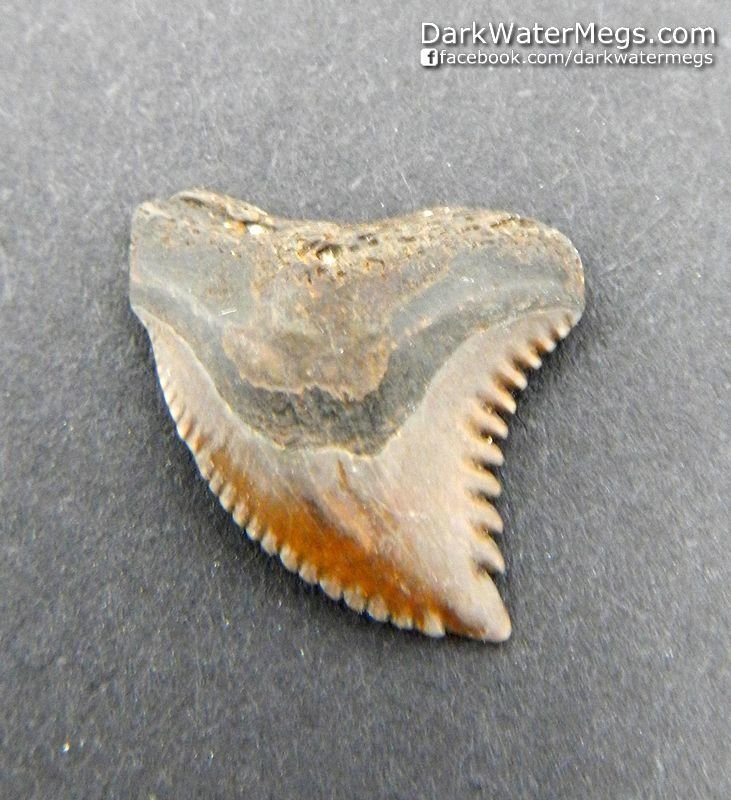 This is an example of a smaller hemipristis serra or snaggle tooth, it has a nice coffee brown color and large serrations for its size.