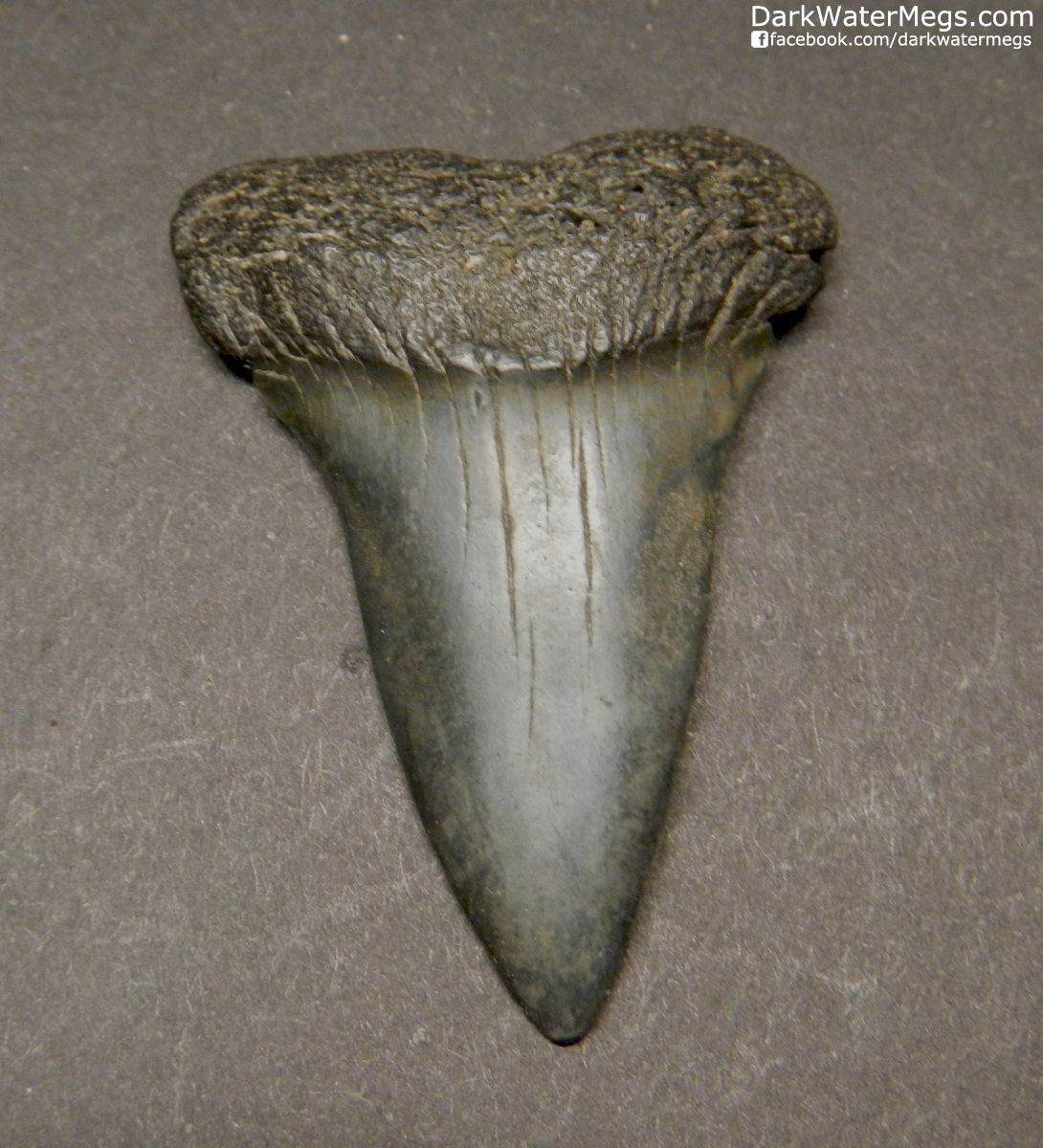 This fossil mako shark tooth has a nice black and grey color and is 1.8"