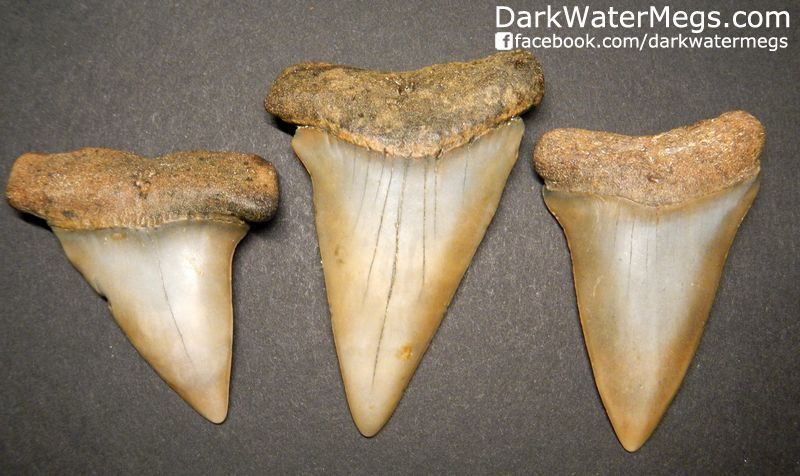 This set of three mako tooth shark tooth fossil measures 2.69" 2.30" and 2.16". These three teeth were found in the same location and while it is unlikely it is possible that they came from the same shark.