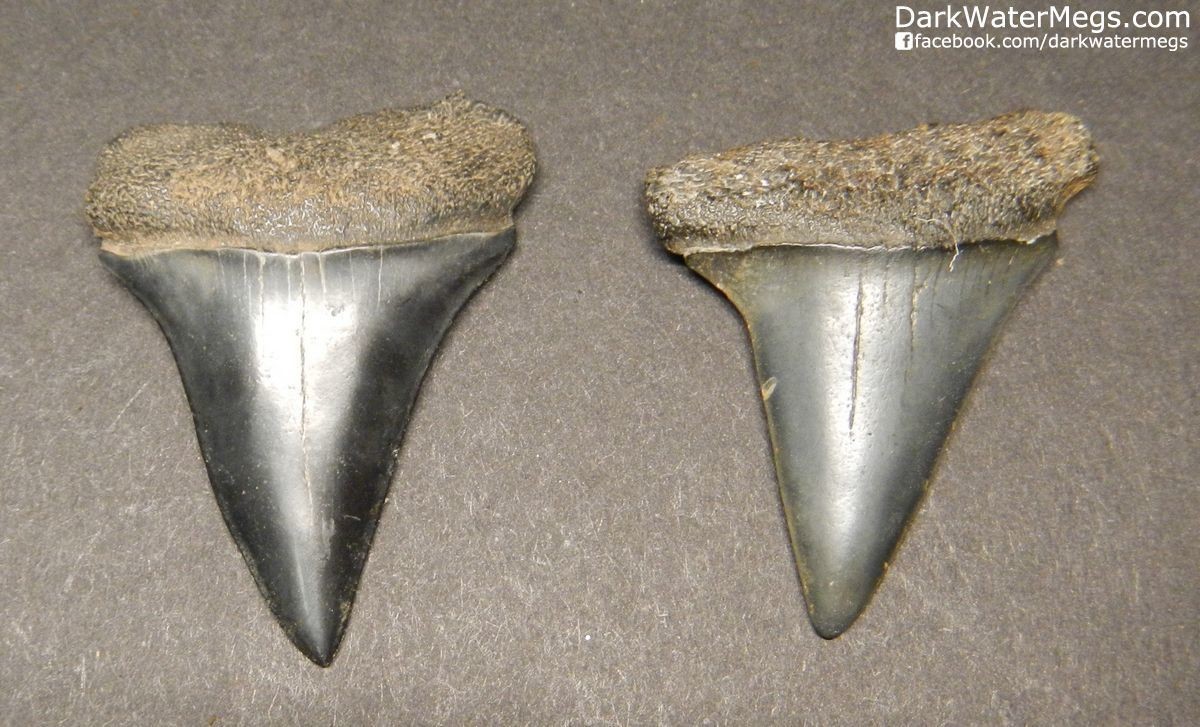 These two fossilized mako shark teeth are being sold together, they measure in at the same length of 1.44" and were found in a dark water river in the southeast United States.