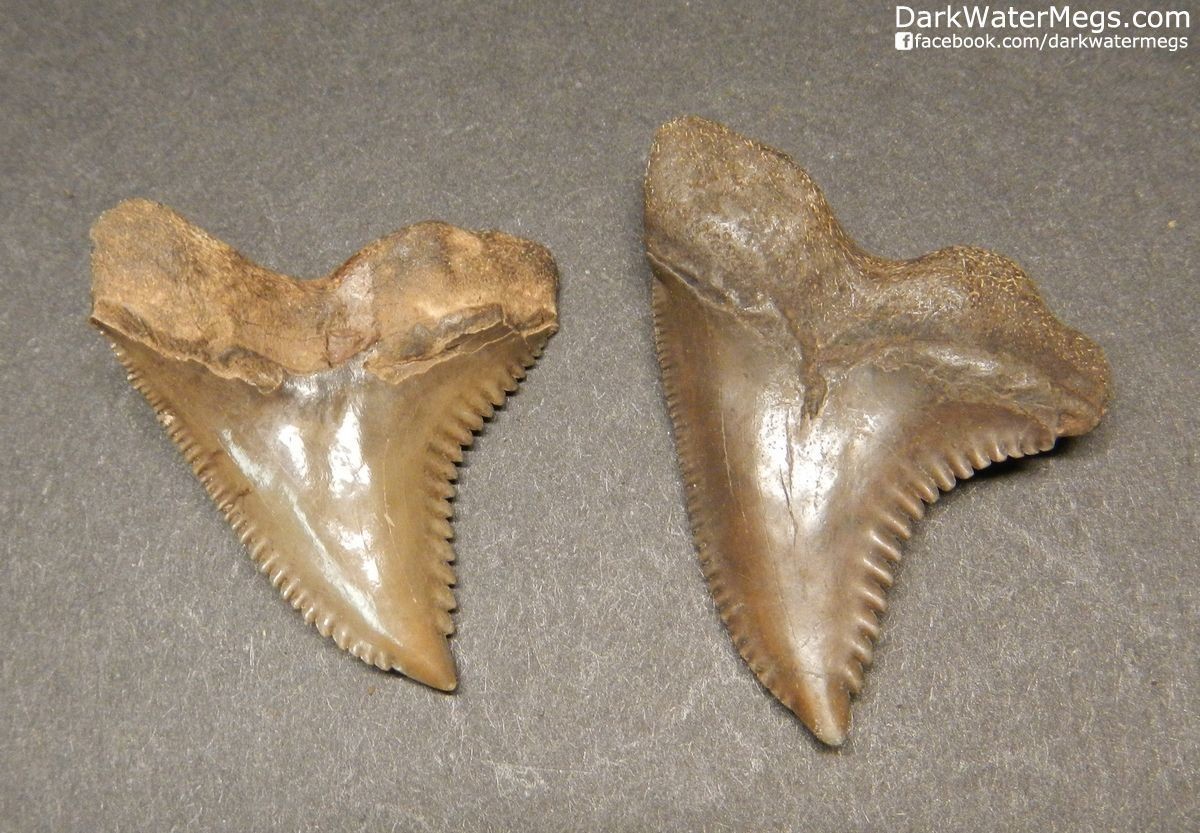 This is a hemipristis commonly known as a snaggle shark tooth, these two fossil shark teeth measure in at 1.55' and 1.39"